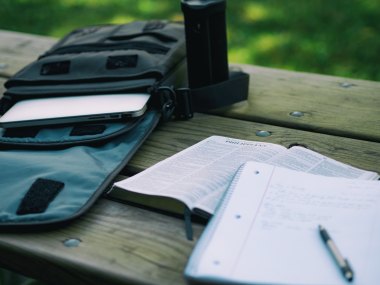 Many of my readers know that I spent 6+ years studying Orthodox Jewish conversion and right at the time I was about to move to a Jewish community, I asked myself that question that everyone going through the proses asks or is asked, “Why are do you want to convert?”. For those wondering I did not convert for personal reasons that I will write about at a later date. During my time of study I have learned a lot. I was a student of Chassidism, primarily of Rebbe Nachman of Breslov, much of this was through Breslev Israel, Rabbi Shalom Arush and Rabbi Lazer Brody.

In a way, I came to the Seven Universal Commandments of our Creator through the back door, so to speak.

I see things in a very different way, I see both sides making mistakes in this area.

One of the many things I heard is that there is no word for ‘fun’ in the Hebrew, therefore the stadiums of the nations would be turned into study halls.

After having some time to think about this, I do not see this happening. Having a time of study at a stadium I can see just like holding any event in an arena style setting. But not on a permanent basis. Here is the reason why. We of the nations are not given the same command to study Torah. We are not allowed to, we are to study our laws so that we build moral  and just societies. Every city, town or village is to have its own court system to keep and teach the laws for everyone.

Plus we are not given any Sabbaths or holy days to keep. For some of the nations attending an event at a stadium or arena is a time to wind down from the weekly activities. Granite, when the world is run by the laws of the Creator, the type of games played at the stadiums of the nations will change. But I do not see at this time that stadiums will become study halls for Torah.

In Judaism, the Midrash is the body of exegesis of Torah texts along with homiletic stories as taught by Chazal (Rabbinical Jewish sages of the post-Temple era).
Midrash – Wikipedia, the free encyclopedia
en.wikipedia.org/wiki/Midrash

The purpose of the midrash is to learn from stories and examples. It is not a work that doctrine (for the sake of a better word) is set from.

We of the nations do not have such a writing given to us or to draw life’s lessons from.

Even though we do not have such a codified book of stories, examples or analogies to draw from, we do have many writers, whether they be of old or modern writers of books, movies, TV shows and even podcast.

Not everything written in the nations is worth learning from, some are for entertainment, some have life impacting story flow and others are pour junk.

Many in the nations have learned to use these avenues given us to tell stories that impact our life.

In our generation we need thinkers, there is a need in being able to find the meaning of a story. What is the writer saying to us? Not only can this be informative but it is also fun.

For a thinker like myself, finding the message behind a book, movie or TV show can be a game.

An example from my own life:

I was binge watching a show on Netflix. The show was set in Dublin, Ireland and it was based on a medical clinic. There were many touching episodes; the one that hit me most dealt with what one of the doctors was dealing with on the home front. His wife had the terminal illness, Huntington’s disease. Because of the cerebellar ataxia I have had, I recognized some of symptoms. The episode struck home to me and became an episode that had a life lesson attached to it.

Yes, someone can end up wasting time with books, movies and TV shows, not everything out there has a life situation to learn from tied to it. Even I have what I call my ‘brain candy’ in all those areas. The point being that all those areas are not evil or produce evil but how they are used can lead to destruction, relaxation or for learning.

The Seven Commandments of the Creator for the nations are designed to create a moral and just society. It is when we study them in their details that we have the opportunity to become as spiritual as we as individuals want.

From the Seven Commandments to the TV, we must interject stewardship into what we do. We may not have been commanded to the high level of studying as our brothers in Israel, but this does not dismiss us from doing our part in studying what the Creator wants of us.

One thought on “Learning or Entertainment”

"All you nations, join hands - sound the shofar to G-d with a cry of joy. For Hashem is supreme, awesome, a great King over all the earth." Artscroll Tehillim
Loading Comments...
Comment
×
%d bloggers like this: