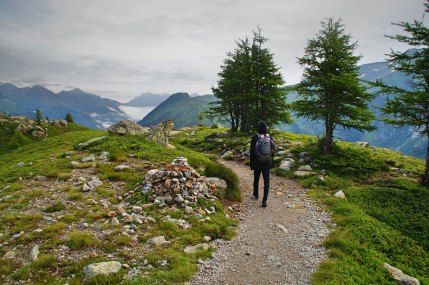 When man was created, the Creator did not give him a religion to worship Him by but, He gave the man that He created a set of rules to live by. It was not until sometime later that man created religion and a form of worship that is still in the mainstream today, no matter what culture or nation you are from.

In this blog we will look at one of the Seven Commandments given to us from the Creator. By no means will this article even touch the surface of the subject.

The commandment I am referring to is the ‘Prohibition of idolatry’

Genesis 4:26
And as for Seth, to him also a son was born, and he named him Enosh. Then to call in the Name of the Eternal became profaned.

Below is a a lengthy quote from one of the works of one of Israel’s great Sages, the Rambam (Rabbi Moses ben Maimon or known as Maimonides) This particular quote is found in the Artscroll Tanach Series ‘Berieshis – Genesis’ on the above verse.

“In the days of Enosh, the people fell into gross error, and the wise men of the generation began to give foolish counsel. Enosh was among those who erred. Their error was as follows: ‘Since God created these stars and spheres to guide the world, set them on high and allot them honor, and since they are ministers who serve Him, they deserve to be praised and glorified, and honor should be rendered them. It is the will of God, blessed be He, that men should aggrandize and honor those who He aggrandized and honor – Just as a king wants respect to be shown to the officers who stand before him, thereby honoring the king.’ When they conceived of this idea, they began to erect temples to the stars, offered up sacrifices to them, praised and gloryfied them in speech and prostrated themselves before them – to obtain the Creator’s favor, according to their corrupt notions. This was the root of idolatry, and this is what the idolaters, who knew the fundamentals, said. They did not however maintain that, except for the particular star which was the object of their worship, there was no God. All knew that He alone was God; their error and folly consisted in imagining that this vain worship was His desire.

In course of time, false prophets arose who asserted that God had commanded and explicitly told them, ‘Worship that particular star. … offer such and such sacrifices to it. Erect a temple to it. Make a statue of it, to which all people – the women, children, and the rest of the community – shall bow down’… They began to make figures in temples, where they would assemble, bow down to figures, and tell all the people that this particular figure conferred benefits and inflicted injuries, and that it was proper to worship and fear it.

So gradually the custom spread throughout the world to worship figures with various types of worship, such as offering them sacrifices and bowing down to them. As time went on, the honored and revered Name of God was forgotten by mankind, vanished from their lips and hearts, and was no longer known to them. All common people and the women and children knew only the figure of wood and stone, and the temple edifice in which they had been trained from childhood to prostrate themselves to the figure, worship it, and swear by its name. Even their ise men, such as priest and the like, also fancied that there was no God save the stars and heavenly spheres for which the figures were made.

But the Creator of the universe was known to none, and recognized by none, save a few solitary individuals, such as Enosh, Methuselah, Noah, Shem and Eber. The world moved on in this fashion, until the Pillar of the world , the Patriarch Abraham was born. (Hilchos Avodas Kochavim 1:1,2)

Before I get into Abraham I want to introduce a Hebrew word and concept that many may not be aware of. The word is ‘sheetuf (literally, a partner with God)

“All forms of idolatry are derived and started from the mistaken idea of Sheetuf. The general attraction and outcome of belief in Sheetuf and ensuing forms of idol worship was to throw off “the yoke of Heaven” (i.e. obedience to God) from mankind.

It is there for understood that the first mistake of idolatry is the idea that God wants people to honor a Sheetuf (a partner with God), and typically this would involve belief in an intermediary that involved in some way with controlling or influencing the world.

The only force that is directing the world, from the largest to the smallest scale is God’s (the Creator, emphasis mine) will and His power alone, acting through the “tools” He created.

Therefore, an upright and intellectually sound person should not believe in any intermediary between him and God…” Seven Gates of Righteous Knowledge by Rabbi Moshe Weiner and Dr. Michael Schulman

Those two quotes is a mouth full but to understand them in a nutshell is this; religion started by those first seeking to honor and worship the physical creation of the Creator. There are two points to understand, First, the creation became items of worship and eventually replaced the Creator. Second, the created objects that were worshiped became intermediaries between man and the Creator. Later on, man did not think he could approach the Creator without a go between. In many religions today, this still is the main thought that is passed down and like the early people who began idol worship, it was the only thing that they and their clergy knew.

Like in the days of Abraham the world at large has forgotten the true path that the Creator has given the gentile (non-Jewish) nations to follow. Many are kidnaped by false religions, raised in one lie after another. Even the leader of one religion said it right, “the way is narrow and few that find it”

Abraham was honored by the Creator for teaching a particular way to his children and household.

Genesis 18: 17-19
And the Eternal said: ‘Shall I hide from Abraham that which I am doing; seeing that Abraham shall surely become a great and mighty nation, and all the nations of the earth shall be blessed in him? For I have known him, to the end that he may command his children and his household after him, that they may keep the way of the Eternal, to do righteousness and justice; to the end that the Eternal may bring upon Abraham that which He hath spoken of him.’

Abraham taught the ‘way’ of God to his children and household – this was known to God and caused Him to share His plans with him. Now lest look at a picture of the Hebrew of that verse.

The Hebrew word of the verse I want you to see is third from the right, translated “the way”

The Hebrew word is ‘derech (said like derek). This word also can be translated as ‘path’

Either way it points to a specific way or path to follow and the one that Abraham is teaching, is God’s path or way. It leads to and ends up at Him. So many want you to join a religion that will take you off the true path, such a religion demands one to throw off the yoke of Heaven as Rabbi Weiner points out in the above quote.

This path or way of God is not hidden, it is told us in this verse, it is in plain sight. In English it is written as ‘righteousness and Justice’, we gain insight of what this means when we look at the Hebrew, which is, tzadakah and mishpat. Tzadakah can be translated as charity or righteousness. Charity is a righteous act but also can point to doing kindness to others – mishpat is best understood as a set of rules, so justice is actions done to one who keeps or breaks a set of given rules. The rules implied here are the rules of the Creator.

Another verse that points to these two words as a path or way of God is,

Ezekiel 18:27
Again, when the wicked man turns away from his wickedness that he has committed, and does that which is lawful and right, he shall save his soul alive.

The words ‘lawful and right’ in the verse above are again ‘tzedakah and mishpat’ – in that verse the Hebrew is clear, when the wicked man turns or repents and does tzadakah and mishpat, he will cause his own soul to live.

The Seven Commandments or Noahide Laws

The Creator gave Adam six rules to live by, he passed them down to Noah, which he kept and doing so, is why he was called righteous in his generation. It would be by those six rules that the generation of the Flood was judged by. After the Flood the Creator reiterated those six basic rules and added one concerning the eating of meat, making them seven in total.

I have shown in the past in my blogs and Youtube channel by the same name of this blog site, how we get the seven rules from the Hebrew Scripture and that they are basic and categorical.

These rules are known to us today as the 7 Universal Commandments, Noahide Laws or Noahide code – they take on the name of the man the Creator gave them to after the Flood. Then He included them in an eternal covenant with all man, see Genesis 9:1-17

As mentioned earlier, one of the Seven Rules rules is the Prohibition of idolatry – we are not to worship any created thing or have a go between (i.e. intermediary) between us and the Creator.

It is this Noahide code or laws as they are called today that is the path or way of the Creator. By acknowledging them and taking them upon oneself you display an open belief in the One Creator and His plan for mankind. Doing them creates harmony with God and man.

The obedience and study of the Seven Commandments will keep you on the path the Creator first laid out for man live by. It is a narrow path and while the world is addicted to religion, few find it. These Seven Commands of the Creator is not a religion, they do not contain any religious rites or ceremonies. This path is basic and clear cut, there are no mysteries or shadows to look for, they are 7 basic commands with sub rulings under each one. Following this path, a person can become one of the righteous of the nations as Noah did.

And so can you, in the same way.

Photo Credits:
Photo by Nicolas Cool on Unsplash
Mine from the Artscroll Interlinear Chumash – Genesis.