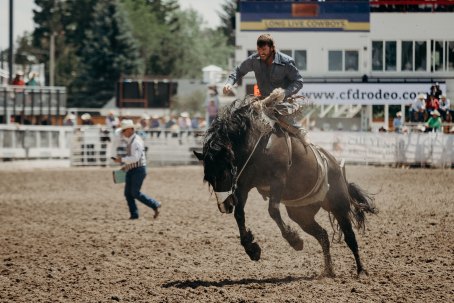 The inspiration for this blog came from something Pesach of Tzfat, Israel said to me in our conversation.

I had been investigating the passage of God’s conversation with Cain since at least 2008 of even before. I told my wife way back then that something in me told me that the answer to life was in the book of Genesis, and boy has that ever come true for me.

Lets take a look at the conversation in Genesis 4.

Genesis 4:3-7
After a period of time, Cain brought an offering to Hashem of the fruit of the ground; and as for Abel he also brought of the firstlings of his flock and from his choicest. Hashem turned to Abel and his offering, but to Cain and to his offering He did not turn. This annoyed Cain exceedingly, and his countenance fell. And Hashem said to Cain, “Why are you annoyed, and why has your countenance fallen? Surely, if you improve yourself, you will be forgiven. But if you do not improve yourself, sin rest at the door. Its desire is toward you, yet you can conquer it.” Artscroll Chumash The Stone Edition

I have been going over and over this passage of scripture for over 10 years now and every time I do, I still learn something from it. And this time is no different. Its because of this passage, I made a comment years ago, that I thought the answer to life is found in the book of Genesis.

It is an analogy that my friend Pesach used in conjunction with this verse that got me to pondering it in a way that I had not.

He said something in the realm that the evil inclination had to be broken like a horse.

And then this past weekend on the video chat class I help out in we were continuing our reading from The Universal Garden of Emuna by Rabbi Shalom Arush. A certain paragraph that caught my eye. The paragraph, the verse in Genesis 4 and what Pesach had said to me, tied it all up for me.

Lets take a look at this all together.

In chapter 13, under the section ‘Know You Inclination’ on page 266, Rabbi Arush writes, “A person has free choice, which is basically desire: if he desires he does; if he doesn’t desire, he does not. The evil inclination is always poised to pounce on a person and trip him.”

For the longest time I have seen the passage in Genesis 4 as the Creator telling us that we can conquer sin – and it does imply that but when I reread it with the words of Pesach and Rabbi Arush in line with it I see something else as well.

First lets go back to Rabbi Arush’s words. We have free choice, this choice is based on desire, we ether desire to do or not. The evil inclination is poised to pounce.

With the help of Peasch and Rabbi Aruch, I see in this verse, the thing to be conquered is not only sin but its, “desire toward us”, the desire for sin has to be conquered.

I had always in my mind understood the word ‘conquer’ in Genesis 4 as kind of a military word, like the fight is on. But with the help of Pesach, I now can see the desire of sin and the pouncing of the evil inclination like an untamed horse, whose spirit has to be broken and controlled.

So, when the Creator tells us that we can conquer the desire of sin and sin itself, the word conquer can be compared to the process of breaking a horse. The desire of sin or even sin itself bucks against you when you try to break it. And this all ties back into the instruction to improve.

The Creator knows that the desire of sin is like an untamed horse; He provided repentance for us, so when the horse throws us, we have to climb back on until we finally break it and it becomes controlled by us.

So, in all of us is a cowboy/cowgirl trying to break in a wild horse. Our goal should be for not to let the desire to sin break us. We must continue on the path of improvement and climb back on with the resolve to break the wild horse of sin and the evil inclinations desire.

2 thoughts on “The Cowboy”