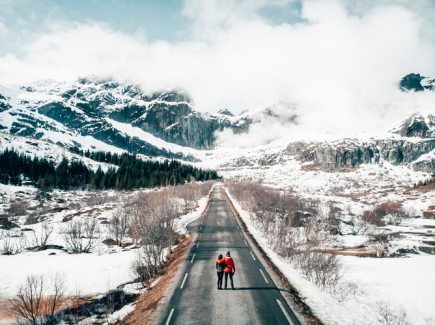 Over the past few months as I have sought to venture further away from the bubble I was raised in, I have not only sought to take a closer examination of the world around me, but also get more involved in it. In doing this, I have experienced joy, frustration and some heartache in what I have seen before my very eyes.

I continually grow in my observance and knowledge of the ancient Divine instructions that goes back to the beginning of man. These instructions are to be the blueprint of society and human relationship. Today those instructions are widely known as the Noahide Laws or in Hebrew – Shevah Mitzvot Hashem/ Seven Commanded Deeds of God.

These instructions primary purpose are to lay the foundation of an ethical and moral society. They are the very deeds that the Creator has not only given man to do, but He also uses them as the measuring stick in which He has judged humanity since the time of Adam the first man. The process of how He measures man has never changed.

There has been a strong desire among those of us who have returned to this ancient path to want to share the ethics and morality of the Seven Instructions of God. As my eyes are continually opened to the humanity before me, I am one of those who continually ponders on how do we get this information to our brother’s and sister, so much so I even wake many mornings with this issue on my mind.

I would have to say, for at least the past couple of months my soul has seen more of the human condition than it has in the past, it has become vexed at times, especially when things happen right in front of me. In the past my soul was in a religious bubble. Now it is as if the condition of man has become magnified before me.

When I look at society around me and ponder its condition, I have come to a persona conclusion – you can not legislate human behavior. Sharing or even enforcing these ancient Divine instructions upon humanity is not the answer. God even started man over through Noah (where we get the name of the laws today), He even included them in the priestly covenant with Israel and look at the state of the individual human being today.

The Seven Instructions of God in the end has to be a personal choice. A person has to desire to receive and do them in their own life. In my own observation of the society around me, I feel I have witnessed a missing ingredient.

What I am going to share next is what I personally have concludes in this matter and I feel it is the meat of the issue of sharing this ancient path with the rest of the world.

Below is a post I made in a Facebook group that I am involved in. It shows what the missing ingredient is that most of mankind is lacking in their everyday life.

Psalm 54:5b they have not set God before them.

The Artscroll Tanach Series Tehillim on this passage it states, “Their deeds are not inspired by a desire to please God (Sforno).”

It is customary during morning prayers, the Jewish people pray, Psalms 16:8 I have set Hashem always before me;

The Breslov Siddur (prayer book) adds this note below the prayer that I find helpful for us.

“Visualize in your mind’s eye the letters of Hashem’s four-letter name. This is great, overriding rule of Torah observance, and one of the essential devotional practices of the righteous who walk before Hashem at all times – namely those who live with a constant awareness of Hashem’s presence in every aspect of their lives.”

My cravings for religion have ceased since I took on the Noahide Laws, religion has no place in my walk with the Creator, it is my desire to please God through my deeds. God and His laws are before me in my mind everyday. This has new walk has greatly impacted my life and has made me a better person.
(I have edited the original post)

For me the challenge is not spreading or sharing the Seven Instructions of God, but the awareness of God among man in general.

“Their deeds are not inspired by a desire to please God “

Setting God before you in all your actions is a choice as well but I have come to the place that this is an necessary choice to be made before choosing to live by the Seven Instructions – the first choice should lead one to the second one.

My own perspective has concluded, that without the awareness of God’s presence within a person’s life, the Seven instructions are just a set of legislated rules, and that robs them of the Divine power they have in a person’s life and society in general.

There is a powerful statement by the Sages of Israel that can help in bringing the awareness of God into a person’s life, if they so choose to life by it.

“Consider three things and you will not come to sin: Know what is above you: an eye that sees and an ear that hears, and all your deeds inscribed in the Book.” – Pirkei Avot 2:1

The Noahide Laws are seven deeds that the Creator desires His creation to live by – matter of fact in our live class the other night, our teacher Pesach Sherbow taught us in the class – “A mitzvah/commanded deed, is the embodiment of God’s desire.”
So, plain and simple, the Noahide Laws/Seven Instructions of God – embody the Creator’s very personal desire for us.

It takes the awareness of God in someone’s life to know and understand that God’s instructions are not just laws for human behavior but His very own desires.

The missing ingredient is found in the fact that for the most part, man’s deeds are not inspired by their desire to please God – they have not chosen to set God before themselves in every aspect of life, therefore, bringing the awareness of God to humanity, is the challenge before us, it is a mountain that has to be climbed.

While writing this blog, my thoughts lead me to see for the first time; that this challenge was the very work and praise of Abraham, in whom all nations of the world would be blessed and in whom God chose to be the father of the priestly nation – Israel.

The awareness of God in my own life has led me to the observance of the Shevah Mitzvot of God/Seven Instructions, therefore, as a person of the nations, I stand before God naked of religion, but fully dressed in all the humanity in which I was created.

The positive change it has brought to me and my life, has not only opened my eyes to the challenge but the desire to someway bring the awareness of God not religion to others. I see this as the first step of introducing people to the Divine Seven Instructions known today as the Noahide Laws.

3 thoughts on “The Challenge”