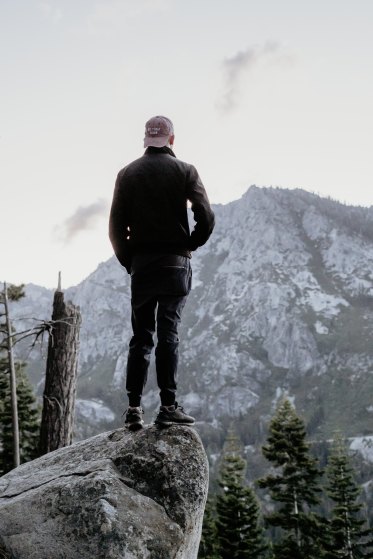 Most that know me or have read some of my previous blogs, knows that part of my past included a time spent studying for Orthodox Jewish conversion after I left Christianity. The majority of the 10+ years I have been investigating and studying the Hebrew Scriptures has been for the purpose for conversion. Yes, I did learn a lot and a lot of what I learned, I implemented into my own life. But, the change my life made came not during my conversion studies but when I took on the study of and obedience of the Noahide Laws.

Let me explain: As I have pondered this situation, to me it seems to be the issue between doing and being. During my study for conversion, I was not only studying to learn but also to do – to learn how to do the mitzvot/commandments correctly.

When I decided that conversion was not for me at that time, I started taking a closer look into the Noahide Laws; my first thought was how they were so doable. As I studied and began to conscience observe them on a daily basis I noticed that they were not something I did or just obeyed but they were who I was to be.

The Noahide Laws changed my human and world view.

While studying Judaism as a way of life, one of the common things is that every human has a Divine Spark and thus treatment of them needs to reflect this issue. It was a nice thing to learn but this point did not really settle into being until I read and pondered one of the 7 Noahide Laws.

The Prohibition of murder:

Genesis 9:6
Whoever sheds the blood of man, by man shall his blood be shed; for in the image of God He made man. (Artscroll Chumash)

When we take a close look at this verse, the Creator tells us why He does not like or want us committing murder. Out of the 7 Laws this is probably the most heinous crime against mankind and it is because of the image of God in that other person.

Within the 7 Laws there are 3 that pertains to our treatment to fellow man, and murder is at the top of those 3 in my opinion. As I have grown in my observance of the Noahide Laws, I have, in my relationship with those around me, applied the same rule of thumb to everyone – that they are created in the image of God and thus my treatment of them reflects my respect of the image of God in them.

One day at work I responded in a hateful, upset way to a person in something they said. That night I pondered my reaction an deemed even though technically I was right, I was wrong in my approach. The next day I apologized to the person and explained to them as a person who bears the image of God I had no right treating them the way I did.

Are you seeing the picture I am seeing – the 7 Noahide Laws are not something we do but they must become who we are – Just raw enforcement of a set of laws may help make the world a better place but if the people of this world would go beyond just obedience, and by letting these Laws become who they are, then the world changes and the changes would endure past the enforcement level.

It like the other day I saw on one of these rollback tow trucks a sign – “Move Over It’s the Law” – it’s a shame that our society has to create laws to do what should be naturally right in a human being. Moving over for emergency vehicles or even someone on the side of the road should be a no-brainer for the safety of those on the side of road.

Again – moving over should be a part of us, our concern for our fellow man needs to be top in our mind but today there are so many “me first” mentalities out there.

The Noahide Laws changed me in making me more aware of the society around me and how they are applicable in any culture or race.

When we look closely at the conversation between the Creator and Cain found in Genesis 4, we find that the Creator is more concerned in Cain’s attitude to his failure than the failure itself. There is so much we can learn from the instructions the Creator gave Cain.

For me the Noahide Laws is not just obeying a set of commands but implementing them into your life as a tool of self improvement – allowing them to be the guidelines for human behavior.

One can use them and let them guide them as an outside source for just obedience purposes or you can use let them become who you are and let them improve your life and those around you.

All of this to say, when I was in the conversion process, I was learning to do and the fear of not doing it right was real. What I was learning was yet to become a part of who I was as a person – but now several years into the study and practice of the Noahide Laws – as a gentile I have found this is who the Creator wanted me to be – the Noahide Laws are not a set of commandments from my Creator but they are who I am and who He made me to be – they are like the sandpaper a master wood worker who is using the sandpaper to bring out the beauty in the grain of the wood – the 7 Noahide Laws brings out the beauty of the Creation the Creator made in me.

They are my purpose, being and the world is my community.

allowing them to be the guidelines for human behavior.

Here are the Noahide Laws, not in any particular order:

4 thoughts on “The Noahide Laws Changed My Life”