Early on, when I first became a student of the Hebrew Scriptures, I was blessed to learn what true Torah faith was; it was pure Divine providence. Matter of fact, I was about to enter a very rough period and what I learned would save me from disaster. A few months after stepping out and becoming self employed, the economy crashed and so did my income.

Back during the early part of summer that year, my family and I had gone on vacation and I brought along a new book that I had ordered. I had heard that it was a life changer, at that time I had no idea the impact this book would make on my life for years to come and still counting.

The Garden of Emuna (second edition) by Rabbi Shalom Arush. The target audience for this 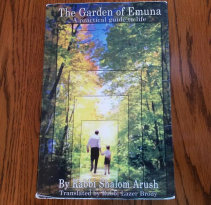 book was the Jewish world, but a strange thing happened, it began to spread like fire in the non-Jewish world as well. The rabbi was receiving hundreds of letters from Jews and non-Jews on how much the book was impacting their lives and bringing about many salvations from one disaster after another.

The response from the non-Jewish world was so strong that he wrote a version for the non-Jews, The Universal Garden of Emuna is helping people from all cultures connect to the Creator in true Torah/biblical faith.

I know, I have used the word faith twice now, it is the word that the English speaking world knows, but once you grasp ‘emuna’ you will find yourself using the English word less and less.

I have shared this several times through out my past blogs but I wanted to write on it again and will most likely write on it many more times to come as my blog is “Emuna Trek”.

I will start with the word ‘faith’, I really want you to contemplate everything that word can mean to you.

In the Christian realm the word faith denotes ‘belief’ – it is what one believes. It has a very strong emotional connection. So many times while in conversation, the person will emotionally express them self by say something like, “Well, this is what I believe!”, as if belief denotes truth.  In other words, when it is all boiled down, faith is an emotional belief system. But there is more, where there is belief there is the opposing side – doubt – for if one can believe, one can doubt.

I know this very well, as I have experienced this first hand in my own life. At one time I was an assoc. pastor and during that time period my mother became ill and passed away from colon cancer. It was and extreme test of my faith and to be honest doubt came in like a mighty army and turned my faith into disbelief. Because my faith was based on an emotional belief system where I was told to just believe but when belief turns to doubt, trust falls with it.

Now looking back, these would become the early events that would lead me emuna.

Hosea 4:6
“My people are destroyed for the lack of knowledge…”

Knowledge is the foundation in which ‘emuna’ operates. This removes the emotions out of the equation. When hard times come and they do and your emuna is grounded on the knowledge of the Creator you will stand stronger against the storm.
It takes time, study, prayer and testing along the way to build your knowledge. Emuna is not just a fuzzy feeling but a secure ingrained knowledge that comes from the Creator.

As we can see in just these few passages the Hebrew Scriptures points to the importance of knowledge when it comes to our relationship with the Creator.

Knowledge is stronger than blind belief.

Take another look at the words from the Prophet Hosea, do you see that it is not a lack of faith or belief that destroys the people.

“My people are destroyed for the lack of knowledge…”

As noted in the ‘About’ page, I describe the journey of emuna like climbing a mountain. A mountain climber has many tools that he uses to scale the face of the mountain. He has carabineers, rope, descender, harness, pulleys, helmet, gloves and much more.

The climber will not put his life on the line by just believing that his gear is in good enough shape to climb a mountain. No, he will KNOW and have detailed KNOWLEDGE of his gear. And when this knowledge is concrete then he can with his life trust his gear when he is hanging hundreds of feet off the side of the mountain.

Trust is emuna in action. If believing faith fails you, you will also loose trust. But knowledge based emuna will produce a rock strength trust that is unmovable.

Emuna is our rope that connects us to the Creator; the more knowledge you have in knowing the Creator, the stronger your rope will be. Under stress, an emotional belief based rope will begin to fray and place you in danger.

A good place to begin learning about knowledge based emuna is by studying The Universal Garden of Emuna – it will change your life forever – it did mine. 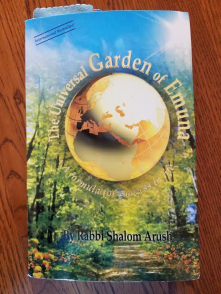 One thought on “The Rope”