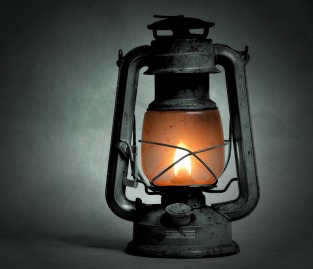 Over the past week I have been pondering again the Noahide Laws, yet again and again I hear that they are not enough or that they are second class from those who are in the process of joining the Jewish people. This should not even be a reason for gerus, here’s why.

As I have stated in past postings, my wife and I both made similar remarks about the Noahide Laws, without investigating them first. Now that I have spent time investigating them and studying them, the thought that any part of the Creator’s Torah is not enough or second class should not even be in our mind.

The 7 are as Divinely given as the 613, just because the number physically looks smaller there is absolutely no lack to be found in them. The number 7 is the number of completeness. Hashem has given the nations a complete package wrapped up in the 7 Noahide Laws.

The Sages of Israel teach us that every letter and word of Torah has many faces. King David said it like this:

The Artscroll commentary on this says, “Moreover, each statement in the Torah conveys more than one message, for every word has dual meaning, the revealed truth and the concealed truth. Thus G-d pronounced one word, from which we heard two things.”

This includes the Sheva Mitzvot/7 Noahide Laws, for they are Torah, the Torah for the nations.

So I got to pondering and meditating on the Sheva Mitzvot. When we first contemplate them we see seven categorical laws with each one having many sub laws following under each one. Initially, when the word law comes to mind we think of obedience and disobedience – reward and punishment. These areas take up most of our thoughts on the seven Laws. For the most part, we study them to obey them.

Taking It To The Next Level

“Your word is a lamp for my feet and a light for my path.”

This passage can be broken down and many lessons learned from it. For the sake of this blog We will look at king David’s words through the lens of the Sheva Mitzvot – the 7 Noahide Laws.

As I mentioned above one of the first aspects of the Sheva Mitzvot is obedience to the commandments. This can be seen in the part, “Your word is a lamp for my feet…”

Our feet represent our walk, we have read in the Hebrew Scriptures many of time about walking in the Creator’s commandments – this reflects obedience. But the Creator’s words are not only a lamp representing our walk but they are also, “…a light for my path”

“…my path” can be symbolic to our ‘life’ our ‘life’s journey’, our mission. 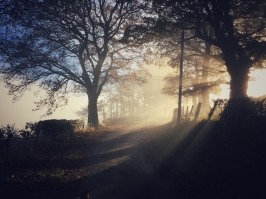 The words of the Creator found in the 7 Noahide Laws are just more than raw commands, they are LIGHT, a light that lights up our path called life.

Lets take the prohibition of murder for example.

At first we obey the raw command by not kill someone by premeditated means. But then we start looking deeper into the command and we find that there is more to murder than just taking a literal life. We will find that our words can kill and destroy a person to the point it would be as if we had murdered them. As we keep going deeper and deeper we see that there is more to the Noahide Laws than obedience and disobedience.

We soon discover that the same laws that we obey and walk in can be used to fine tune our lives and the world around us. King David went on to say in Tehillim/Psalms 119:18 “Unveil my eyes, so that I may perceive the wonder from Your Torah”. When we study the Noahide Laws we need to ask the Creator to open our eyes to the deeper and wonderful ways of the Torah so it can change and enhance our life. These are the wonders of the Torah – the life impacting elements to save, change and improve an individual and the whole world.

There are seven categorical laws and at least 66 or so sub laws under each one that we can use to self assess our lives by. We can use them to make much needed corrections. – this is the Creators words as “…a light for my path.”

For those of us born into nations, we now can see that the Noahide Laws are more than enough and instilling them in our lives we become more than first class, we become the righteous among the nations. With that being said, we have plenty to do, our hands are full with not only studying the 7 Noahide Laws for the sake of obedience but also learning to using them as instruments for self assessment and self improvement.

One thought on “The Lamp and The Light”