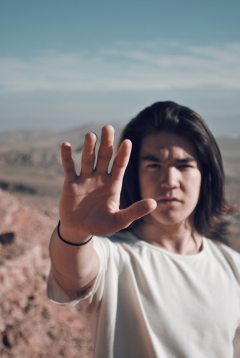 One of the things you learn when studying the Hebrew Scriptures and related materials is, that God offered the Torah to the nations first but they said no and Israel basically said yes.

For over ten years I have been wondering why the nations said no and now I have learned something that sheds some insight on this subject.

Below is a quote from an article written by Rabbi Pinchas Avruch – Facing the Challenge on torah.org

“ Rabbeinu Yonah explains that an extension of the ban on murder is a prohibition of embarrassing another person; such an act is tantamount to killing the person. But the original Noahide restrictions were not nearly so broad and imposing. One could readily go through life, maintaining the guidelines of the command with no requisite character refinement. The Torah was given to people to enable them to realize their spiritual potential. This accomplishment necessitates attention not only to the big picture but on all of the small details as well.

This is what G-d was telling the other nations when he offered them the Torah; this is the level of responsibility they rebuffed. But the Jewish nation answered “we shall do and we shall listen.” We accept the challenge, we will grow from the challenge.”

1. Why the nations said no to the divine Torah.
2. Why the Sheva Mitzvot/7 Noahide Laws were recorded in Genesis bringing them under the Sinai Covenant.
3. Why there is antisemitism.

“…the original Noahide restrictions were not nearly so broad and imposing. One could readily go through life, maintaining the guidelines of the command with no requisite character refinement.”

To me this says it all. When the Noahide Laws came under the Sinai covenant – they took on the expansions/fine details without adding to them – the world did not and today does not want the expansions of the 7 laws upon them.

When the Noahide Laws were brought under the umbrella of the whole Torah, the obligation of personal character refinement was revealed within them. It was not only about murder but how you treated another human being in every situation – it was not about not eating meat take from a living animal, it was now paying attention and caring for the creation and so on.

Yes, in our society there are some hints to this kind of morality, but there is not a grasping that there is an obligation to the Creator. So much of our free choice has been in choosing to live and act wrongly with one another.

When the Noahide Laws were brought under the umbrella of the whole Torah, the obligation of personal character refinement was revealed within them.

Many of us are waking up to the fact that a walk with the Creator is not a religion but and obligation to rules and codes of conduct that is expected by Him, and that they lead a person to a rich, fulfilling and happy life.

The points made by the author of the article I quoted also helps me understand the antisemitism that goes in this world – the Jewish nation is in the face of the nations, they are constantly showing us what God expects the nations, and for the most part, the nations are still saying NO.

Today, praise God – many from the nations are saying YES, and we are not so quiet about it.

Photo by Joel Mott on Unsplash

"All you nations, join hands - sound the shofar to G-d with a cry of joy. For Hashem is supreme, awesome, a great King over all the earth." Artscroll Tehillim
Loading Comments...
Comment
×
%d bloggers like this: