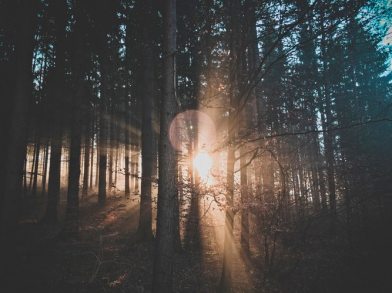 I will also give you for a light of the nations, that My salvation may be unto the end of the earth.

Understanding how Israel is the light of the nations and through this light the Creator’s salvation will be brought to the ends of the earth alludes many.

My journey into the light

Many of my readers may remember that I  have mentioned  that I studied for just over six years for Orthodox Jewish conversion. In the midst of my conversion process, I saw the light but as the old saying goes, I could not see the forest for the trees.

Over the past few years through my studies I have come to a personal conclusion, I was trading one religion for another. My wonderful teacher Pesach Sherbow has taught me something that the whole world needs to know – “Walking with the Creator is not a religion, it is reality”

The more I ponder the statement he made in class, and when I look back to where I have been and what I have experienced, my mind has opened up to what God was telling us in verse 9 of Isaiah 49.

Let me take you back to 2010, it was at the beginning part of my conversion journey, I did not know it then but in reality I was still in search for religion and not the Creator, I had like many I believed to serve the Creator was to be religious.

A Jewish friend of mine asked me to make a trip to New York City with him, he had some business to take care of. We stayed at a rabbi friend of his. I thought this was cool as I was going to personally meet a rabbi and spend some time with him. A lot would happened in that short week.

This morning before work, I was pondering something, it came to me that it was during that trip,  I saw the light of Israel but did not recognize it for what it was.

We stayed in Boro Park, one of the sections of Brooklyn, NY. I was awestruck of the place, I was in Jewville (I use that made up term as no disrespect)  and loved every minute of it, so much that I considered even moving there.

One day I went for a walk in this very big city – I am somewhat of a country boy from southeast Tennessee. I went exploring. And this is where I saw the light even though it would take me now nine years to clarify what had happened before my eyes.

Everyone that knows me, knows that I love books. Well, I found a used Jewish bookstore and my mouth watered – but it was closed the owner/shop keeper must have been out to lunch.

It was here on the streets of Brooklyn I saw the light of Israel shining bright.

The store was closed as I said,  but on this Brooklyn sidewalk in front of the store were several tables piled full of books. As I was looking over the books, several Jewish people would join me in going through them and when a book was found they wanted, they went to a slot in the door and dropped the payment of the book. No one took a book without paying for it even though the store keeper was not there. I could not believe my eyes, this was New York City.

After nine years, I feel that God opened my mind so that I grasp the understanding of the light mentioned in the verse above. He has shown me by example of what the light of Israel is all about.

Salvation to a western/Roman mindset is spiritual, concerning the soul. The salvation according to the Hebrew Scriptures is a physical one,  concerning salvation from personal calamity or threat.

Walking in the light and salvation

Three years ago, my wife and I came to the conclusion that conversion was not the path the Creator wanted us to walk. He showed us the path that He designed for all humanity. This path consist of living a life that is molded around seven ancient instructions for living. Today they are called the Noahide Laws. They are categorical and very simple.

One of those instruction revolves around respecting what belongs to your neighbor or in short terms, prohibition of theft. This is a very deep and intense prohibition. It at times seems to be never ending, in that there are myriads of forms of theft that people do everyday and a lot of it is done without thought to what they are doing.

The Noahide Laws since at the time of Moses was brought under the covenant God made with Israel at Mount Sinai, they are the nations part of the Torah – they are the light of Israel that shines the salvation of the Creator to the ends of the earth.

Observe therefore and do them; for this is your wisdom and your understanding in the sight of the peoples, that, when they hear all these statutes, shall say: ‘Surely this great nation is a wise and understanding people.

On that day in 2010, before my eyes I saw the light of Israel. I saw tables full of books on a sidewalk in Brooklyn, there was not a shopkeeper present, and not a book was stolen, the people of the light did not take without paying even though someone was not there.

If the world would embrace this one instruction – do not commit theft in any form – it would bring tremendous salvation to the nations. This is how the instructions of God, shown us by the light of Israel brings salvation – doing what God has told us to do delivers us from judgement. This is what the book of Jonah is all about.

The Noahide Laws is the light of Israel and the salvation of our Creator for the nations of the world.

Now, let us together, walk in the light.

Photo Credit: Ju On on Unsplash

2 thoughts on “I Saw The Light”